Are dinosaurs truly living around us today? What does studying dinosaurs tell us about life on Earth today? How can science be made accessible? What can films like Jurassic World: Dominion teach us about science journalism? Do such Hollywood portrayals help or hurt our understanding of evolution and life on Earth?

Join Arthur D. Storke Memorial Professor of Earth and Environmental Sciences and member of the National Academy of Sciences, Dr. Paul Olsen, in conversation with Maxwell M. Geffen Professor of Medical and Scientific Journalism Jonathan Weiner, for an unforgettable discussion on the history of dinosaurs, their relevance today, and the importance of scientific research and its relation to our understanding of the origins of life.

Weiner, a Pulitzer Prize-winning journalist, and Olsen, a celebrated paleontologist, will cover a range of topics tangent to the films, including the study of evolution and the cultural controversies over its teaching, the relationship between early dinosaurs and birds today, and the impact of the asteroid that led to the end of the Cretaceous period.

Registration for this event does not guarantee admittance. Entry will be first-come, first-seated.

For questions related to this event, please contact sps-events@columbia.edu.

About the 2022 Columbia Summer Session

The Columbia University Summer Session takes a unique approach to learning on and off campus. It offers curated educational, social, and cultural experiences to connect students with each other and Columbia faculty as well as opportunities to explore New York landmarks and institutions.

For additional information about program offerings for Columbia University Summer Session, please contact an Admissions counselor at 212-854-9666 or summersessions@columbia.edu.

Please note the COVID-19 requirements for this event.

COVID-19 Requirements: To attend this event, Columbia University ID holders must review and complete the required protocol. Masking indoors is optional and encouraged. No assumptions should be made regarding why an individual chooses to mask.

All attendees must follow Columbia’s COVID-19 Policies and Guidelines.

Professor Paul Olsen is the Arthur D. Storke Memorial Professor of Earth and Environmental Sciences in the Department of Earth and Environmental Sciences at Columbia University’s Lamont–Doherty Earth Observatory. He serves as the research associate at the Carnegie Museum of Natural History, the American Museum of Natural History, and the Virginia Natural History Museum, from which he received the Thomas Jefferson Medal for Outstanding Contributions to Natural Science in 2015. He was elected to the National Academy of Sciences in 2008.

Professor Olsen’s overall area of research includes the evolution of continental ecosystems (including their external and internal controls and their biological and physical components). He is especially interested in the pattern, causes, and effects of climate change on geological time scales, mass extinctions, and the effects of evolutionary innovations on global biogeochemical cycles.

Professor Olsen and his students have engaged in multidisciplinary projects including: drilling more than 20,000 feet of core from Triassic lake deposits in New Jersey to understand the influence planetary orbits on Earth's climate and solar system chaos; detailed analysis of the great mass extinction 200 million years ago that set the stage for the dominance of the dinosaurs; excavations at major fossil vertebrate sites throughout North America, China, and Morocco; and evolutionary processes mediating global carbon cycling.

His approach is to use whatever techniques are available to understand ancient earth's biological and physical systems, and consequently, students involved in these areas have used a broad range of disciplines including structural geology, palynology, geochemistry, geophysics and paleontology.

He received his B.A. in Geology, with honors, from Yale University, and his M.Phil. and Ph.D. in Biology from Yale University. His doctoral thesis analyzed the evolution of lake ecosystems. He was a Miller Postdoctoral Fellow in Basic Research at UC Berkeley from 1983–1984.

Jonathan Weiner is a professor at Columbia Journalism School. Jonathan Weiner grew up around science—his father was a scientist at Columbia. He majored in English at Harvard, and then stumbled into an editing job at the magazine The Sciences, where, to his own surprise, he fell in love with science writing. After five years, Jonathan left the magazine to write his first book, Planet Earth, the companion volume to a PBS television series. He wrote books for the next 20 years and joined Columbia in 2005.

Weiner’s book, The Beak of the Finch, won the Pulitzer Prize for General Non-Fiction and the Los Angeles Times Book Prize for Science. His other books include Time, Love, Memory, a winner of the National Book Critics Circle Award for General Nonfiction, and a finalist for the Aventis Science Prize; and His Brother's Keeper, a finalist for Los Angeles Times Book Prize. His latest book, Long for This World, was a New York Times Notable Book of the Year.

Weiner has written for the New Yorker, the New York Times Magazine, Slate, and many other publications. Before Columbia, he taught writing at Princeton, Rockefeller University and Arizona State University. His book research has received support from NASA, the Alfred P. Sloan Foundation, and the John Simon Guggenheim Memorial Foundation, 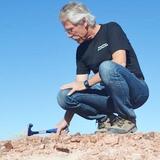 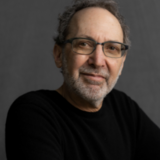