Religion and the History of Black Music: Trajectories in Contemporary Gospel (1980s–present)

Religion and the History of Black Music: Trajectories in Contemporary Gospel (1980s–present)

Join Josef Sorett, Professor of Religion and African American and African Diaspora Studies at Columbia University, for this six-part series run in coordination with two Columbia Summer Session courses – Gospel Music in Modern America and Religion and the History of Hip Hop.

These events bring together scholars, musicians, media workers, and fans for a discussion of the evolving role of religion in shaping the history of Black music. Each Wednesday will be organized around a selection of songs that guests will discuss as a means for thinking about the play between religion and music during a specific moment in time.

Part I focuses around the play between sacred and secular in gospel music, from the advent of modern gospel during the Great Migration era, through the rise of Contemporary Gospel Music, up through the early years of the 21st century.

Professor Sorett covers the years that follow the period typically considered to be the Gospel genre’s “golden age.” Joined by UVA Professor Claudrena Harold, historian and author of When Sunday Comes: Gospel Music in the Soul and Hip Hop Era, they will discuss developments in Gospel music from the 1970s to the present. 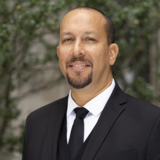 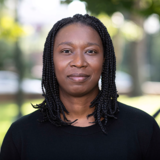 Professor of African American and African Studies and History, Corcoran Department of History, University of Virginia