What You Didn't Know About Viruses and How to Cure Them

What You Didn't Know About Viruses and How to Cure Them

In this conversation, virologist Vincent Racaniello and chemical biologist Brent Stockwell talk with Claudia Dreifus, School of Professional Studies Lecturer in Professional Studies and contributor to The New York Times Science section, about research into potential therapies to combat COVID-19. They'll discuss how quickly we are learning, what we know now, what is different now versus 20 years ago, why it’s surprising that a pandemic of this nature has not happened sooner, and what needs to be done to better equip ourselves for the inevitable next 'big one.'

Columbia's Summer Ideas Exchange is a unique opportunity for you to engage with some of the University’s most celebrated faculty. Do you have a question for Professor Racaniello or Professor Stockwell? If so, we want to hear from you. You can submit your question in advance with registration or live during the event on Columbia University’s Facebook page.

Vincent Racaniello Ph.D., is Higgins Professor of Microbiology & Immunology at Columbia University Medical Center. He has been studying viruses for over 40 years, starting in 1975 when he entered the Ph.D. program in Biomedical Sciences at Mt. Sinai School of Medicine of the City University of New York. His thesis research, in the laboratory of Dr. Peter Palese, was focussed on influenza viruses. In 1979 he joined the laboratory of Dr. David Baltimore at Massachusetts Institute of Technology, where he did postdoctoral work on poliovirus. In 1982 he joined the faculty in the Department of Microbiology at Columbia University College of Physicians & Surgeons in New York City. There he established a laboratory to study viruses and to train other scientists to become virologists. Over the years his laboratory has studied a variety of viruses including poliovirus, echovirus, enterovirus 70, rhinovirus and hepatitis C virus. As principal investigator of his laboratory, Prof. Racaniello oversees the research that is carried out by Ph.D. students and postdoctoral fellows. He also teaches virology to graduate students as well as medical, dental, and nursing students. Professor Racaniello is passionate about teaching virology to the World. His virology lectures can be found on YouTube. He blogs at virology blog, produces the podcast ‘This Week in Virology’ and has co-authored the textbook Principles of Virology. He regularly posts about viruses on Twitter, Facebook, and Instagram.

Brent R. Stockwell, Ph.D., is a Professor at Columbia University in the Departments of Biological Science and Chemistry. He has been teaching biochemistry for 15 years at Columbia University and is the advisor to biochemistry majors. His research involves the discovery of small molecules that can be used to understand and treat cancer and neurodegeneration, with a focus on biochemical mechanisms governing cell death. These interdisciplinary investigations led to new methods of small molecule drug discovery, and the discovery of a new form of cell death known as ferroptosis. He has received numerous awards, including a Burroughs Wellcome Fund Career Award at the Scientific Interface, a Beckman Young Investigator Award, an HHMI Early Career Scientist Award, the BioAccelerate NYC Prize, the Lenfest Distinguished Columbia Faculty Award, the Great Teacher of Columbia College Award from the Society of Columbia Graduates and an NCI R35 Outstanding Investigator Award. He has given >100 seminars around the world, trained >100 students, technicians and postdoctoral scientists, published 141 scientific articles, been awarded 20 US patents, and received >50 research grants for >$33 million. He founded the biopharmaceutical company CombinatoRx Incorporated and is the author of The Quest for the Cure: The Science and Stories Behind the Next Generation of Medicines.

Claudia Dreifus, an instructor in the Masters of Sustainability Management Program at Columbia’s School of Professional Studies (SPS) and an Adjunct Professor of International Affairs, Technology and Media at Columbia’s School of International and Public Affairs (SIPA), is one of the world's leading science interviewers. For 20 years, she's been producing the "Conversation with..." feature in The New York Times Tuesday Science section, soliciting answers from Nobel prize winners and breakthrough figures. She also writes for The New York Review of Books, Quanta, Smithsonian, The Nation and The Chronicle of Higher Education. Her popular SPS class, "Writing About Global Science for the International Media," was one of the first courses in the country aimed at teaching scientists journalism skills. Many of her former students have published in popular media.When the scientific honor society, Sigma Xi, made her an honorary member, it was because she had "transformed" science journalism with her style of personal and accessible science journalism. Professor Dreifus is the author of six books. The last, Higher Education? was co-authored with her husband, the political scientist, Andrew Hacker.

Columbia’s Summer Ideas Exchange is a series of timely and dynamic conversations featuring some of the University's most accomplished and celebrated faculty across a variety of disciplines. These intimate and thought-provoking discussions and interviews preview some of the courses and content available during Columbia’s Summer Sessions coming up in June 2020. For more information on Columbia's Summer Sessions, please visit summer.sps.columbia.edu. 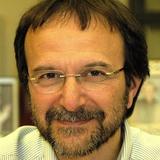 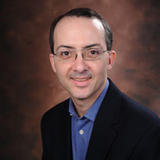 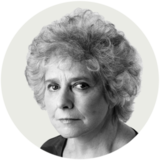