Save the date for a virtual conversation with Christopher Riano about his forthcoming book, Marriage Equality: From Outlaws to In-Laws, on June 30 from 6 to 7 p.m. Details to follow.

Like so many alumni of Columbia University, Christopher R. Riano (‘07GS) has maintained a deep and abiding connection to his alma mater. As an undergraduate, he served as a University Senator and Chairman of the Senate’s Student Affairs Committee before earning his J.D. at Washington & Lee. He was the inaugural head of the School of General Studies Alumni Association. But Riano has always felt a particular affinity for the Columbia Summer program, where he took his first classes at Columbia and now teaches courses in constitutional law and government.

“I love the flexibility it allows and the diversity that can come from an international perspective in a classroom full of the brightest talent from around the world,” he said in a recent interview.

This summer at Columbia, however, promises to be especially gratifying for Riano. Not only was he named the new executive director of the Center for Civic Education in May, he will soon celebrate the Aug. 18 publication of Marriage Equality: From Outlaws to In-Laws, a history of the movement to legalize same-sex marriage, which he co-authored with William N. Eskridge Jr. which is being published by Yale University Press.

Riano recently spoke about the book, his passion for teaching constitutional law, and the unexpected advantages of online learning.

Yes, up until a few weeks ago, I was the Assistant Counsel to New York Governor Andrew M. Cuomo for Education, Arts, and Constitutional Law. Now I just became the incoming executive director and head of the nation’s Center for Civic Education, which is the largest, most prestigious nonprofit that works in civic and constitutional education across the country and around the world. Our mission is to ensure that people have the tools to understand the fundamentals of how our democratic system operates, and there’s probably no more pressing time for that important work than now.

What are you teaching at Columbia Summer right now?

I teach two different courses on constitutional law: one takes more of an international and theoretical approach; the other, a more U.S.-centered approach. But both of them really do get down into the theory of what the law is and how it works in practice, and address some of the more complex questions that people always have.

One of the things that I’ve always loved about constitutional law is you don’t have to be a lawyer or have studied law previously in order to engage with it. So, as a teacher, I’m able to facilitate conversations that draw on so many different perspectives. Whether they’re high schoolers or law students or members of the federal judiciary, I can put people in the same room and say, “Let’s talk about this constitutional concept and question,” and everybody can find a different angle that actually makes sense to them about what search and seizure or due process or equal protection means. If I say “First Amendment,” so many different ideas come to mind, so many different pieces packed into what the First Amendment says—we can talk about what it means from the lens of a free press or the lens of free speech on campus or the lens of what’s happening at the moment in so many places in the country.

It is so heartening to see, year after year, that people who come from all over the world to participate in the summer program, no matter their background, can really dig into the most pressing questions we face in the law.

And it is so heartening to see, year after year, that people who come from all over the world to participate in the summer program, no matter their background, can really dig into the most pressing questions we face in the law.

How has your experience been with the pivot to virtual learning?

At first, I was nervous because it was very different from being in-person. But I’ve actually come to realize that, as much as I enjoy person-to-person, there are unique advantages to the online space and unique opportunities that come from teaching online. You have access to a great audience and to tools you wouldn’t otherwise have, and I’m finding that the discussions online are, in some cases, richer than in the classroom. I don’t know if that’s because it’s virtual, but there definitely is an interesting dynamic in the way online learning works. We are so fortunate to have the diverse student population we have, and I think it only helps when people want to be engaged, and the only way you learn some of this material is by talking through your own questions and your own ideas and sharpening your own acumen. I call it “Soft Socratic.”

Congratulations on your book! “Marriage Equality: From Outlaws to In-Laws”— that’s an amazing title, by the way.

Thank you. It’s been such a labor of love over many years to have the chance to tell the full history of the marriage equality movement from 1967 to 2017. To look at how the LGBTQ rights movement has changed over these many decades—and also to show how constitutional law, family law, and religion have changed as a result—it really demonstrates, especially from a historical perspective, how social movements can create positive change.

We tried very hard to tell this story from a number of different perspectives, and one thing that’s made me very proud is that both pro-marriage equality and many of the leaders in the anti-marriage equality movement have all said the book is the fairest telling of the history of the movement. That is something I take as a real mark of accomplishment. When the leader of the National Organization of Marriage says, “I still don’t believe in same-sex marriage, but this is the book that tells the story,” you know you’ve done something right!

It is incredible to think that not only is this month, June 2020, the five-year anniversary of the Obergefell v. Hodges case which extending marriage equality across the nation, but just days ago the U.S. Supreme Court ruled 6-3 in Bostock v. Clayton County that the Civil Rights Act of 1964 prevents an employer from firing someone for merely being gay or transgender. So, to look at the way this all comes together historically and to tell that through untold personal stories from hundreds of interviews has truly been a life-changing opportunity and experience.

Did your experience as an educator inform the way you approached the book?

That’s a really great question. I think it does come through in the fact that my co-author and I are both professors who wanted to write an accessible, compelling account of a transformative social movement in U.S. history. The fact that anybody can understand and engage with it, especially when it comes to the more complicated constitutional questions, is not only why I think it’s been so well received, but the core of my approach to teaching.

The idea with constitutional law is, in my opinion, to be egalitarian and open to everyone who wants to study constitutional theory, because anybody can. And also for people to be given tools to be able to understand the way that it works so that they can formulate their own ideas and opinions to bolster their individual civic participation. 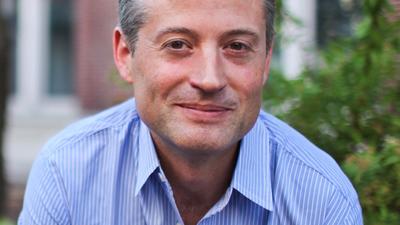 Professor Robert Neer: What Made the American Military as Powerful as it is Considered Today? 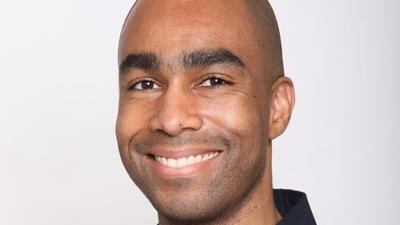 Professor Lawrence Reed: Helping Students Answer the “Why” of Evolutionary Psychology — Not Just the “How”