Listen and Learn This Summer: Religion and the History of Black Music

This year we are offering more than great conversations.

We want students and participants to share the experience of listening to the music, discussing the issues, and connecting as a community.

"As part of the 2021 Columbia Summer Experience, I'm excited to be teaching a course on Gospel Music in Modern America, and as part of this course, to be offering a series of public events that will bring faculty and student guests in for discussions of selections of songs from particular moments in the history of gospel music, beginning with the early years in figures like Thomas Dorsey and Rosetta Tharpe, up to the current day with artists like Mary Mary and gospel rappers, like Lecrae. I hope you'll join me for this series of public events and this conversation on the history of gospel music in modern America."

Columbia’s Summer Experience is a dynamic multimedia co-curricular program hosted by Professor Josef Sorett, Professor of Religion and African American and African Diaspora Studies, who will take us on a journey through a history of 100 years of Black music, paying particular attention to its religious dimensions, from the birth of Gospel to Hip Hop in the current moment.

“To fully grasp American culture and politics one has to engage with the history of Black music, and it is impossible to understand Black music absent a reckoning with the varying religious and spiritual ideas, practices, and sources that pervade the tradition.”

This two-part series will take you on a tour of the music that reflects the spiritual and social experiences of Black Americans across generations, from the Great Migration through the struggles of the Civil Rights era, up to our current moment of social demonstrations against systemic racism. This program will give you the opportunity to hear the music, learn about the experiences and inspiration behind it, discuss its meanings, and be moved through a 100-year survey of the sacred and secular tensions that have animated and inspired Black music.

The series features Professor Sorett in discussions with musicians, fans, faculty, and students on the most influential and impactful songs of the period, what the music captures, and how they encapsulated the spirit of the time. Stream the series’ playlists to enjoy the curated music; learn the culture, contexts, and history; and join in the conversation.

Launching on Wednesday, May 26th, the first three events in the series feature Columbia undergraduate students (Colby King ’22CC, Malachi Jones ’22CC, and Briana Wood ’22CC), Professor Fredara Hadley (The Juilliard School), and Professor Claudrena Harold (University of Virginia), who will cover Gospel Music in Modern America. This half of the series focuses around the play between sacred and secular, from the advent of modern Gospel during the Great Migration era, through the rise of Contemporary Gospel Music, up through the early years of the 21st century.

The second half of the series, Religion and the History of Hip Hop, begins on Wednesday, July 7th, and follows the history of Hip Hop music from the 1970s to the present, examining the range of religious ideas and practices that have been shot through the performance, production, reception, and consumption of rap music. Professor Sorett’s guests include Harvard University Rrnest E. Monrad Professor of the Social Sciences, Professor of African and African American Studies, and Executive Director of the HipHop Archive and Research Institute Marcyliena Morgan and Teachers College Associate Professor of Science and Education Christopher Emdin.

The Summer Experience is a public community event series. SPS Interim Dean Troy Eggers said, “Columbia Summer is a season like no other. These events prove it. And they couldn’t be more relevant or important. Join us!”

The series begins Wednesday, May 26th at 6:00 p.m. ET. The series continues every other Wednesday throughout the summer, ending Wednesday, August 4th.

PART II: Religion and the History of Hip Hop

Wednesday, July 7th, 2021, 6:00–7:00 p.m. ET: The first event in Part II kicks off a discussion between Professor Sorett and Harvard Professor Marcyliena Morgan, who also directs Harvard’s HipHop Archive and Research Institute. They cover the various ways that religion appeared in Hip Hop music as it was first emerging from the 1970s–1990s as well as the response by religious leaders to the sounds of a new genre.

Wednesday, August 4th, 202, 6:00–7:00 p.m. ET: Wrapping up the series, the final conversation features a discussion of place of religion and spirituality in Hip Hop music over the last decade. 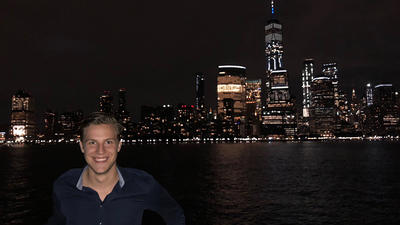 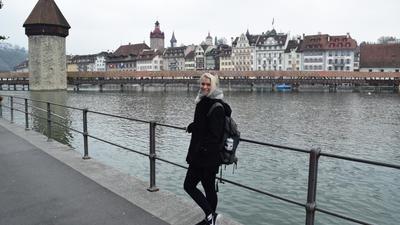