Political journalism—from the campaign trail to the halls of Congress—has played a vital and important role over the last four years. Lisa Lerer, National Political Correspondent at The New York Times, will teach Political Reporting on the Campaign Trail this summer.

This course will offer an overview and critical examination of political journalism and the interaction of media with the White House, Congress, campaigns and statehouses. It will explore how technology and polarization have changed coverage of politics, as well as ethical considerations, shifting newsroom expectations, and the challenges facing journalists as they cover campaigns and American political institutions.

Lerer covers campaigns, elections and political power. Before joining The Times, she was a national political writer at The Associated Press, where she was a lead reporter on the 2016 presidential race. She previously reported for Politico, Bloomberg News, Businessweek and The American Lawyer magazine.

Who should take your course, Political Reporting on the Campaign Trail?

This is a class intended for anybody with an interest in politics or the media, or how the two intersect. We will be doing some skill-based learning about how to write a political article, how to interview voters, how to cover debates. There will be a lot of background for people who don't necessarily see themselves going into journalism, but maybe are curious about working for a candidate or a campaign, and want to understand how the two intersect.

What do you think is the most important area of study in the class?

The environment for political reporting has changed dramatically over the past couple of years. The most important thing that we will be exploring in this class is how to approach political reporting in an environment that has become unbelievably polarized, on levels that we have not seen before in this country, at least not in decades. It is also an environment where misinformation, disinformation, and conspiracy theories are playing a huge part in our political ecosystem. Reporters are working with targets on their backs. We will be exploring how to do the work in this complicated new environment.

How do you think your field of political journalism will change after President Trump?

President Trump changed what some people expect of political journalists, but I don't think the work itself changed all that much. Our job is still about holding politicians accountable, explaining how politics works, explaining policies to the American public. That work will continue. What has changed, because of President Trump, is the environment that we are working in.

The media itself has become a football in the political discourse, We will discuss the roles journalists now find themselves playing in a very divided country.

Do you have any advice for students looking to enter the field of journalism?

My advice is always to find a place where you can do the work where you are able to do the reporting, where you can be writing. Maybe that's for your college newspaper, maybe it is an internship--the outlet itself doesn't matter as much as the skills that you're going to be developing as a young journalist. Those skills will be crucial in terms of your future career.

A selection of more than 400 online and HyFlex courses in 50 subject areas are available during Columbia Summer 2021. Explore Columbia Summer’s offerings, ranging from Computer Science and Music to Languages and Astronomy, at summer.sps.columbia.edu/students. 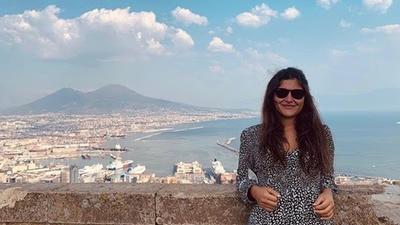 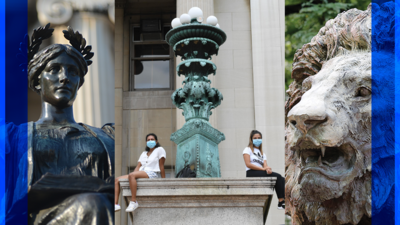