ProPublica Investigative Reporter Topher Sanders: Professionalism, Not “Objectivity,” Gets to the Heart of Systemic Issues

Activism has permeated public life around the world — from widespread farmers’ protests against new laws in India to Myanmar where pro-democracy protesters risk death to Black Lives Matter organizers who continue to stage demonstrations in cities across the United States. In a time when false information spreads just as quickly as facts, how can journalists covering these movements maintain the integrity of their craft?

This summer (Session A: May 3- June 14), students will examine the journalistic coverage of protests and civil dissent over the last sixty years in the course Journalism in an Age of Activism, led by ProPublica investigative reporter and Columbia Journalism School adjunct faculty member Topher Sanders. Sanders, who covers race, inequality, the justice system and civil rights, was part of the team that received Peabody and George Polk awards for their coverage of the previous presidential administration’s family separation immigration policy. He recently talked about his course and shared his perspective on what it means to interrogate and report truth today.

Investigative eporter Topher Sanders will teach Journalism in an Age of Activism in Summer 2021.

Do you believe the strategies and tactics for organizing that were employed during the Civil Rights Movement are still effective in modern-day protests?

The strategies and tactics used during the Civil Rights Movement can be effective today. Some of the basic principles are always going to be there — people gather and they make their opinions known. The effectiveness of those tactics is part of a complicated soup of whether you call it “successful” or not. A key ingredient in this complicated soup is the part of these movements that gets people’s attention. Sadly, that can be the parts with which we are less comfortable — the parts that result in property being destroyed, the actions that bring out news cameras. The impact of these parts of the movements is part of this complicated soup that can yield success, depending on who you ask.

Hypothetically speaking, what would be the “success” of a movement that went without incident 100% of the time? I don’t know. We haven’t seen any recent examples to support that idea. The movements we’ve seen recently have brought along some measure of destruction and violence, and that is a complicated thing, but that is often part of these movements.

Where does journalism end and activism begin?

It’s not that simple. It’s complicated by what is more and more being accepted as being the falsehood of objectivity and what that is and isn’t. I think when you’re no longer writing, photographing, journaling what is accurate or what is fair to the story or the event, then you’re no longer doing journalism. The idea of perspective and viewpoint is still very much alive and has some flexibility within that. When you are distorting what was true, that’s when you’re not doing journalism anymore.

What does objectivity mean to you, especially as it relates to covering underreported communities?

I don’t use the word objectivity. I use the word professionalism. I’m not objective in my walk through life. I have been a Black man for all 42 years of my life so I carry with me all that comes with that. I’m not objective in the ways that I think the news industry has tried to position that word. It is a privileged word that mainly can reside with those who don’t have to confront any of the issues that they want you to be objective about. I think in terms of professionalism. When I decide that I want to pursue a story as a journalist, it is all of my lack of objectivity that helps me determine what I want to put my energy and resources into. The things I find interesting, the abuses that I think are worth investigating, the corruption that I think is worth distilling and shining a light on. But once I begin the work, I must be a professional. And being a professional means giving the sources, the issues, the documents, the records, the fair, balanced, and thorough read that they require in order to tell someone the truth about these issues. That’s about being balanced. That’s about executing all of my interviews with the same directness I would with anyone else, and making sure that none of my personal views or attitudes present themselves in that moment. But ultimately, my decision to be somewhere discussing a particular issue wasn’t objective at all! At the end of the day, if I’ve turned in my copy and it’s reflective of the professionalism that I’ve carried all throughout my career, then I’ve done my job.

What's an example of a protest movement that was captured particularly well by the media?

No, there isn’t. Movements are too dynamic and big. The parts of it that are worthy of inspection and inquiry are the parts that reporters rarely penetrate and that news cameras are never there for. The organizing, and the arguments about strategy, and the debates about where to put resources and time and energy — all of that is key to how a movement evolves and the type of impact it can have. With the passage of time, we get a window into this. Think about the revelations that we’re still learning about the Civil Rights Movement and it’s been more than 50 years! So, I think, the answer is no.

A selection of more than 400 online and HyFlex courses in 50 subject areas are available during Columbia Summer 2021. Explore Columbia Summer’s offerings, ranging from Computer Science and Music to Languages and Astronomy, at summer.sps.columbia.edu/students. 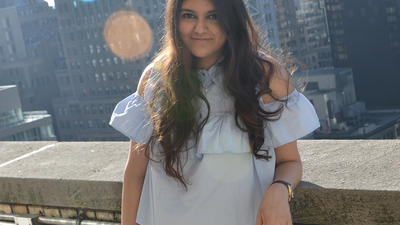 Dr. Elisheva Carlebach: Knowledge and Access to It Has Always Been Political