Religious studies students and hip hop fans alike will get the chance to learn about the genre’s origins, evolution, and expansion during the 2022 Columbia University Summer Session. Chair of Columbia’s Department of Religion and Professor of Religion and African American and African Diaspora Studies Josef Sorett will instruct Religion and the History of Hip Hop, a lecture-style course, which chronicles the history of religion in the United States through a musical lens. Students will learn about the distinct religious beliefs and customs that influence and emerge in hip hop music from the 1970s through today.

“To fully grasp American culture and politics, one has to engage with the history of Black music, and it is impossible to understand Black music absent a reckoning with the varying religious and spiritual ideas, practices, and sources that pervade the tradition."

Last year, students and members of the Columbia community participated in interactive lecture-listening sessions featuring noted professors of African American Studies, Creative Writing, and Ethnomusicology from Columbia Teachers College, Harvard University, The Julliard School, and Dartmouth College. Each event in the live, six-part series centered on a decade in African American history, with Professor Sorett and the guest lecturer curating a playlist of songs representative of the sociohistorical context of the time period, as well as its impact on contemporary music and current affairs. The 2021 playlists, which are available on YouTube and other streaming platforms, contain a range of acts from Kanye West, Jay Electronica, and Nicki Minaj to Lil Nas X and Lauryn Hill. Here are some highlights from last year’s series.

How did religion appear in hip hop as the genre first emerged, and how did religious, academic, and community leaders react? Harvard Professor Marcyliena Morgan, Ph.D. joined Dr. Sorett to challenge the idea that African Americans don’t participate in health care and to acknowledge how hip hop helps to reclaim the community’s leadership on the issue. By pointing to examples such as 2Pac’s “Brenda’s Got a Baby” song released at the height of teenage pregnancies in the U.S., Dr. Morgan argued that hip hop played a significant role in ensuring African Americans’ access to resources and opportunities as well as protection against violence. She explored these ideas in songs by DMX, the Geto Boys, Bone Thugs-N-Harmony, and Nas.

Christopher Emdin, Ph.D., Associate Professor of Science and Education at Teachers College, curated a playlist to spotlight rappers who penned the complex, inner conflict between a person’s belief system and their lifestyle. Through songs such as “Test of My Faith,” “My Life,” and “Blasphemy,” many rappers made spirituality and religious traditions more accessible and, in some ways, more relatable to people less familiar with them.

Professor Sorett invited poet and Dartmouth English Professor Joshua Bennett, Ph.D. to close the series with an assessment of religion’s place in today’s hip hop. By reviewing songs such as “What We Do” and even “Wait for It” from the musical Hamilton, Dr. Bennett posited that, “The music is not necessarily about collaboratively initiating freedom; it's actually about a kind of individualism that's created by our particular moment. In late capitalism that kind of despair and despondency and what it means to hear the voice of young people in that moment speak loud and clear."

Learn more during our next online information session on February 10, 2022. 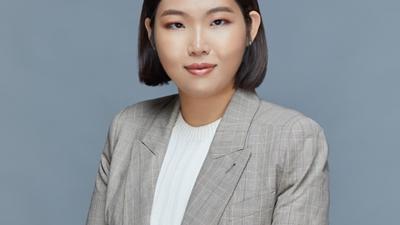 Muhan Liang: With Extra Time During the Pandemic, This Columbia Summer Student Seized the Opportunity to Learn Fundamental Engineering Skills 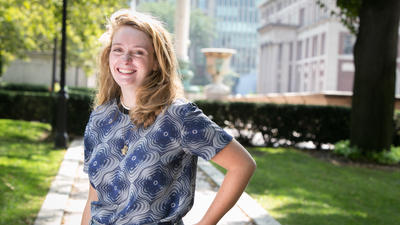