New York is a city that needs no introduction. From its landmark cultural sites—1,000+ art galleries, 300+ films, 80 television shows, 40+ theaters—to financial institutions such as the New York Stock Exchange and Nasdaq and historic sites like Ellis Island, New York City is a global hub for go-getters who learn by doing.

That’s why each summer, students and professionals from virtually every region, background, and level of education converge on Columbia’s historic Morningside Heights campus. In addition to learning from respected scholars and gaining access to university facilities, Summer Session students receive a Columbia University ID which grants them access to hundreds of the city’s institutions at free and discounted rates. Whether you’re a visiting or a Columbia student; a Bachelor’s degree holder; or a high school student, you are a Columbia University student in the summer. Here are some of the perks that you can get with a Columbia ID.

With a Columbia ID and current semester validation sticker on it, Columbia students can gain free access to 30 museums around New York, including: the MoMA; the Met; Asia Society; and the Intrepid Sea, Air & Space Museum. See the full list of participating museums on the Columbia University Arts Initiative website. In addition, several museums offer student discounts and special pay-what-you-wish rates on specified days. They include: The Frick Collection; el Museo del Barrio; the American Museum of Natural History; the Guggenheim; The Jewish Museum; and the New York Hall of Science.

The Columbia University Arts Initiative offers something for virtually anyone seeking to enrich their education through the performing and visual arts. Students may sign up for the Arts Initiative listserv which sends weekly events as well as free, last-minute tickets to world-class performance venues such as the New York Philharmonic and Jazz at Lincoln Center.

New York houses a number of national monuments and memorials as well as historic cultural enclaves like Chinatown, El Barrio, Harlem, Little Italy, Koreatown, Greenpoint, and the Little Caribbean. New York City is where Alexander Hamilton’s country home is located as is Ellis Island and the African Burial Ground—all of which have free admission (ferries to Ellis Island must be purchased through the authorized vendor, however). Although it’s closed for structural improvements, you can still see the exterior of Federal Hall (26 Wall Street), where President George Washington took the oath of office and where the first U.S. Congress convened. On August 4th, National Park Service (NPS) sites that normally charge admission will offer free entry in commemoration of the Great American Outdoors Act; here’s an index of all NPS sites in the state of New York. The United Nations Headquarters is temporarily closed but had resumed visits last year so stay tuned for summer updates. In-person guided tours were listed at $15 for students.

Anyone seeking to learn more about and see the sites where the American LGBTQ+ rights movement was birthed can follow along on a self-guided Village Pride Tour. Students who enjoy walking and self-guided tours may also take an interest in learning about the Indigenous lands that New York City occupies; the Native Land app and website enable users to identify some of the Indigenous territories in which they learn, work, and play. The New York Public Library—which includes the Stephen A. Schwarzman Building and Schomburg Center for Research in Black Culture—regularly offers special exhibitions that are free and open to the public. Of course, New York is home to one of the world’s most iconic skylines; students have the opportunity to see world-class architecture, from St. Patrick’s Cathedral to One World Trade Center.

Film enthusiasts may purchase vouchers to AMC Loews Theaters, Regal/United Artists, and Angelika/City Cinemas at the Ticket and Information Center inside of Lerner Hall on Columbia’s Morningside Heights campus (open Thursday–Saturday, 4–8 p.m. ET). The Film Society of Lincoln Center, home of the New York Film Festival, offers $12 student tickets for movies, film festivals, and other programs. And although most film festivals don’t specify any student discounts, there are many that will take place this summer, including: the Brooklyn Film Festival (June 3–12); the NYC Independent Film Festival (June 12–19); and the Tribeca Film Festival (June 8–19), which offers $30 tickets to students who’ve submitted a film.

A Columbia ID won’t necessarily grant any special perks in this case, but you won’t need it to access the city’s 1,700 parks, playgrounds, and recreation centers. Want to escape to the woods in the middle of the city? The Ramble is a 36-acre wooded section of Central Park complete with trails, dense shrubbery, a stream, a pond, and even up to 200 bird species per year. NYC Parks often recruits volunteers to assist with restoring the city’s forests and wetlands, seed harvesting and propagating, and community gardening. The Brooklyn Botanic Garden boasts more than 12,000 kinds of plants and offers discounted $12 entry for students. And if you find yourself on or near the Hudson River, you just may see a humpback whale. Thanks to years of conservation regulations and other efforts, whale sightings are increasing, say scientists.

Applications are currently open for the 2022 Columbia University Summer Session. There will be more than 400 courses ranging from social justice and business to Arts in the Summer; course registration opens on March 1, 2022. Learn more about our offerings and application process at summer.sps.columbia.edu. 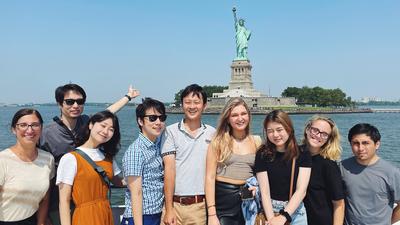 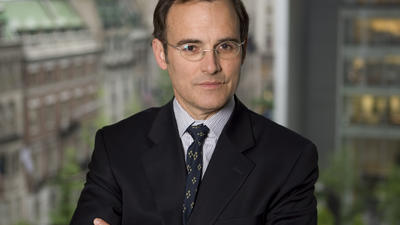 ‘A Moment of Questioning:’ Exploring the Architecture of the Past to Help Inform the Present Moment During Columbia Summer